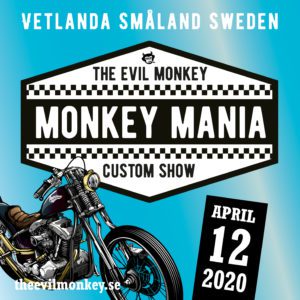 Custom Show with choppers, bobbers, vintage bikes, Hot Rods, muscle cars and old pick up trucks at the outside and if the weather allows it.

Awards for Best Bobber, Best Chopper, Best Vintage Bike and Best in Show – Peoples Choice.
We appreciate customized wheels built to ride, new builds, restored ones and the ones with awesome patina.

We have no possibilitys to pay for gas or hotel but we will make sure you wont be hungry and that you have a great stay and chance of winning some killer awards. If you need hotel we have a special price at Centralhotellet Vetlanda with code Hot Rat.

According to the health regulations of the Corona virus, we will make sure that we wont be more than 500 people at the event. Are you feeling ill, please stay home. 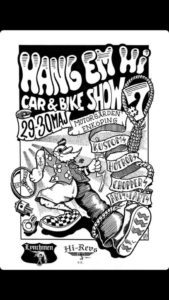 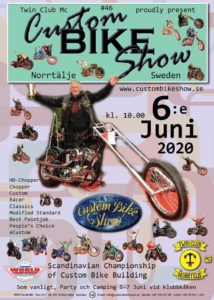 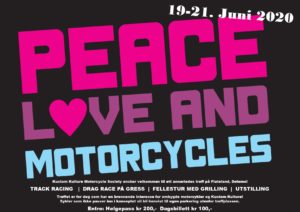 Europe’s largest Rod meeting on Öland, Sweden 25-28 June 2020 and the registration opens already October 21. SSRA – Swedish Street Rod Association celebrates 45 years and invites you to a meeting on Öland. Hot Rod friends from the other European countries are invited and SSRA has already received positive answers from both England and Germany as well as Switzerland. This is whats gonna happen during the celebration weekend: Thursday, 25/6: Check-in is open all day and in the evening we will show the movie “The Pioneers” at Strand Hotel. Friday, 26/6: Check-in for those who do not have time to come on Thursday. 10.00 – 12.00: Start on our Rod Run with Hot Rod parade via the pedestrian street in Borgholm and then out into the scenic island landscape where there will be 4 checks at different locations. There are restaurants where you can snack and have lunch at all the controls. All four will have special Hot Rod menus at a discounted price. During a check, we visit a museum to which everyone who paid the registration fee has free entry. In the evening there will be pub night with barbecue buffet ‘at Strand Hotel, as well as music entertainment. Please note that the barbecue buffet needs to be booked in conjunction with registration and hotel booking. Saturday 27/6: 10 am – 2 pm: Show and Shine exhibition in the Social Park in central Borgholm where the public is also welcome. 18.00 – 20.00: Dinner at Strand Hotell for those who order this. During dinner, some of our VIP guests will also talk about the development of the Hot Rod hobby and SSRA in Sweden over the past 45 years. 20.00 – 21.00: Great prize giving that everyone is welcome to attend. The awards are many and the prize table hughe This year’s SSRA Rod 2020 Best in Show (which wins a US trip) Best Junior Rodder Best Top 10 Car Sports Classic Special Award VIP Guests ‘Special Awards Best Innovation Rod Rodders’ Choice (you vote for the Rod you like best) Jury’s Choice Long Distance For more info and how to attend, please visit ssra.org
Read more
Categories: Custom Show Meeting Party
Jun
27
Sat
2020
Born Free
Tickets
Jun 27 – Jun 28 all-day 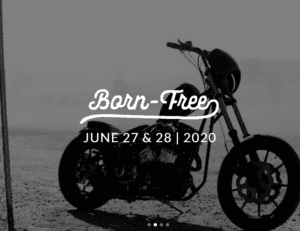 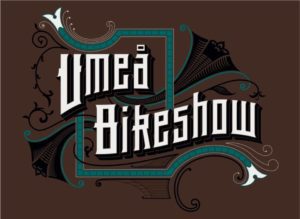 Between the interchange A656 and A5 or A656 and A6 at Xaver-Fuhr-Str. 101, 68163 Mannheim More than 15,000 visitors flocked to the CUSTOMBIKE SUMMER DAYS in the middle of July at the Maimarkt area in Mannheim. Bikers from all over Europe celebrated a unique motorcycle festival until late at night The second edition of CUSTOMBIKE SUMMER DAYS, which took place from 19 to 21 July in Mannheim’s Maimarkt area, offered an even broader indoor and outdoor program than the premier event last year. From ride-in bike show to test drives of current series machines to stunt shows, steep-wall acrobatics and concerts in the open air there was something for everyone.

Hundreds of series machines and custom bikes of all categories were exhibited on more than 25,000 square meters in the Maimarkthalle and on the outskirts. More than 150 dealers offered everything related to motorcycle and customizing. The on-site motorcycle parking lot and the free campground were well received and underpinned the festival feel of this unique mix of motorcycle show, custom bike show and music event. After the start of the fair on Friday naturally began to behave, from Saturday morning the hut was full: visitors flocked to the grounds in droves and thousands of bikes drove right into the hustle and bustle. The spectacular stunt show by Kawasaki rider Chris Rid and the daring devil rides in the cliff, where Jagath Perera and his team rode the historic wood planks with their old Indian motorcycles, were the main attractions there. Slower, but no less exciting, the slow race got down to business. Go down the 50-meter track with idle, do not put a foot on the ground, of course, be slower than the opponent on the branch line and, above all, do not fall over: This is less easy than you might think. The undisputed champion was a lady on a converted Yamaha SR 500, which sneaked its male competition to the ground.

If it was too hot outside in the Maimarkthalle could calmly watch the custom bike show with conversions of all styles and the Cafe-Racer special exhibition, inform themselves at the stands of customizers and accessory manufacturers about new parts and trends or in the Tattoo area by well-known tattoo artists to bring color under the skin. Until late at night was hilariously celebrated, danced and laughed. On the open-air stage, top bands like Jamslam, Delta Rock and the Zap Gang provided the audience with top-class rock and soul, which tore many visitors off the beer bench and encouraged them to spontaneous dance performances. In the meantime , the participants of the custom bike show were famed and honored in five categories. The editorial teams of the motorbike magazines of the Huber publishing house each chose their favorite and also jointly selected the best bike of the show. 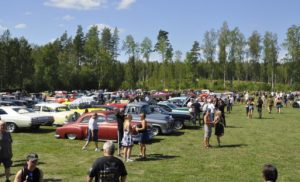 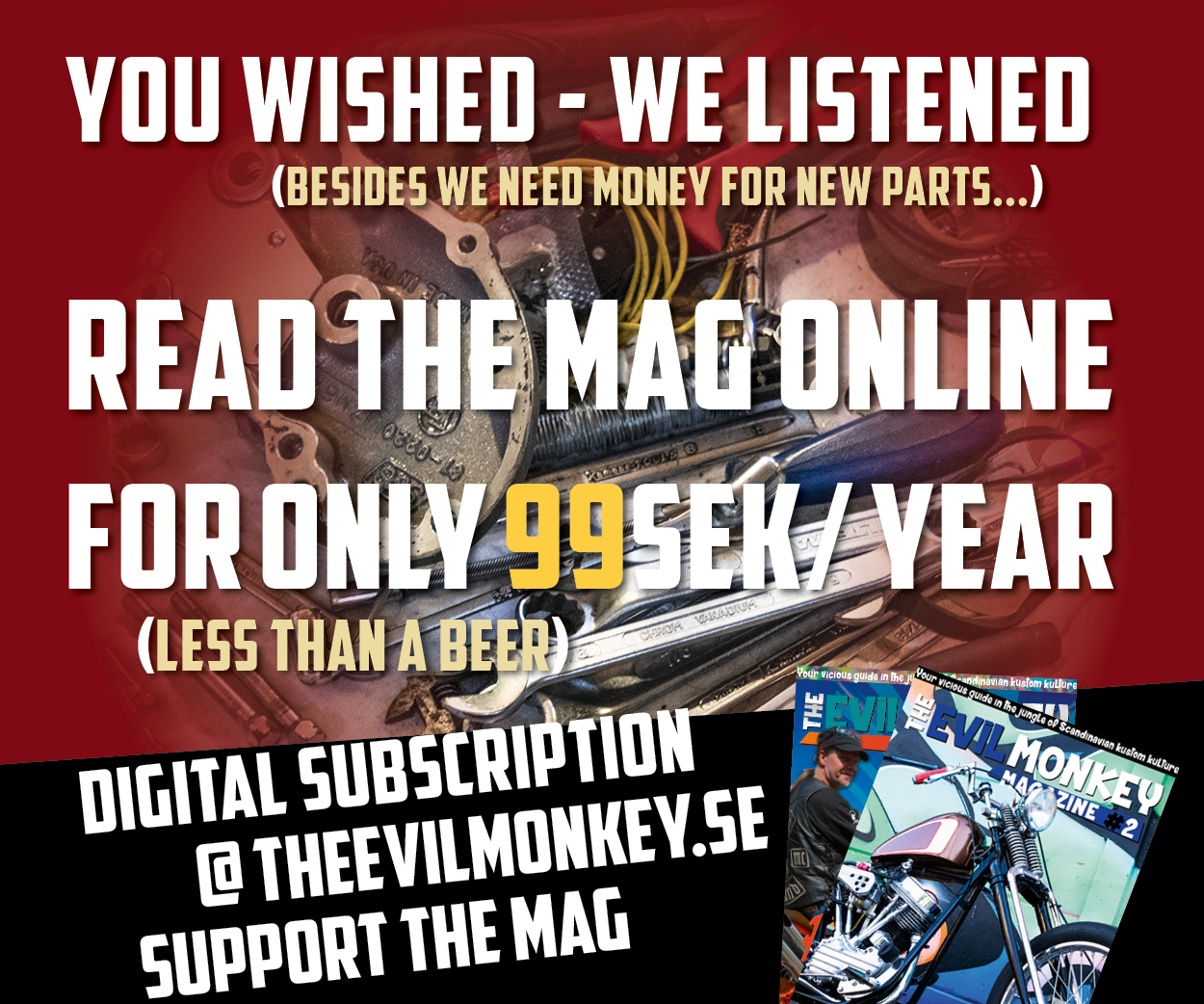 © The Evil Monkey Magazine
Get Widget